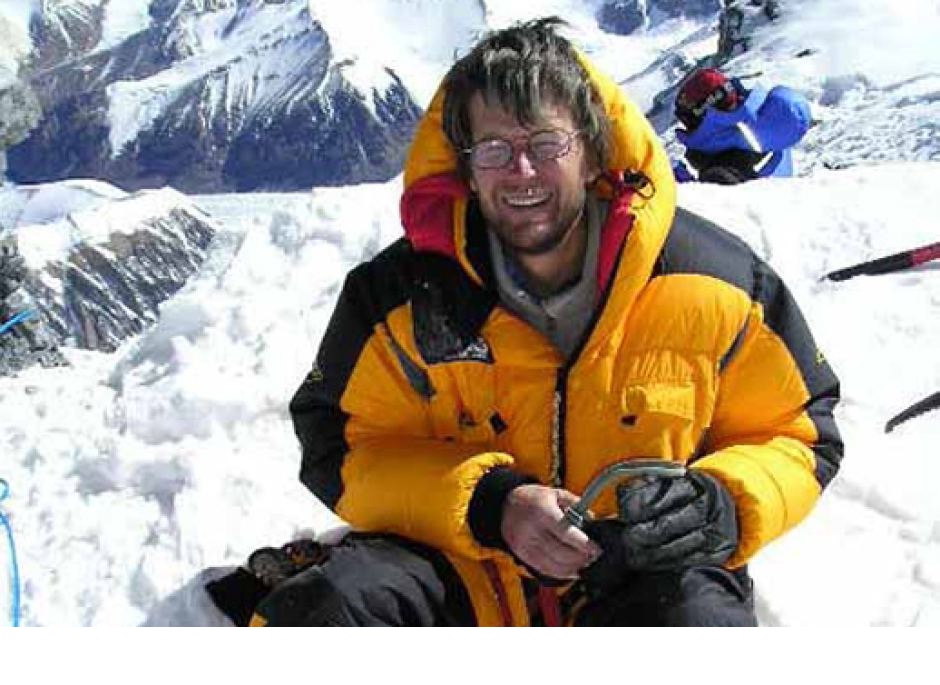 The climbing boots worn by Lincoln Hall when he was left for dead on Mount Everest have gone on display at the National Museum of Australia (NMA).

The pioneering Australian mountaineer survived a night alone at 8,600 metres after suffering altitude sickness on the trek down from the summit in May 2006.

It was his second attempt to get to the top; he had been part of the first Australian expedition to climb Mount Everest in 1984.

“His story of going back to Everest and completing his dream – and then surviving a night when 99 per cent of humanity would have been dead – is a story that I think can move all Australians,” Mr Lineen said.

Survival against all odds

Mr Hall collapsed in the snow and could not be revived by his Sherpa guides, even after being poked in the eye.

His companions were advised to leave him on the mountain and his wife was told he was dead.

But then he woke up.

“They came across this man sitting on the edge of the Kangshung Face which is a 3,000-metre cliff straight down into Tibet,” Mr Lineen said.

“And the man turned to them and said, ‘I bet you’re surprised to see me here’.”

Mr Hall had clung to life against all odds because, Mr Lineen said, he was determined to get home to his family.

“So he had consciously … pulled himself through that almost impossible night,” he said.

Mr Hall’s high-altitude climbing boots consist of two layers – an inner layer like a hiking shoe that wraps around the foot and a high outer later for extra insulation and walking in deep snow.

Mr Lineen said they would have been “very hard to walk in”.

“The sole of the boot is completely stable so it doesn’t bend at all like a regular shoe,” he said.

“That’s because typically these boots would have crampons [spikes] on them.”

The design of the boots also partly explains why Mr Hall lost a toe as a result of his ordeal.

“They can actually restrict the amount of blood flow in your foot, especially if you’re in a hypothermic situation where blood is being concentrated to your heart, to your internal organs,” Mr Lineen said.

“And then blood goes away from your extremities, from your feet and from your fingers and that’s when you get frostbite in these situations.”

He contracted the disease after inhaling asbestos fibres while building cubby houses with his father in the 1960s.

“It’s just an unbelievably tragic story – not just for the family but for the whole Australian climbing community, for all Australians who have an interest in the Himalayas – to lose such a fantastic character, such a beautiful man,” Mr Lineen said.